Skip to main content
From Runes to Ruins is the first ever documentary film about Anglo-Saxon paganism. Independently produced and funded, it is unique in its emotive and artistic approach to religious history.
✕ ✕ 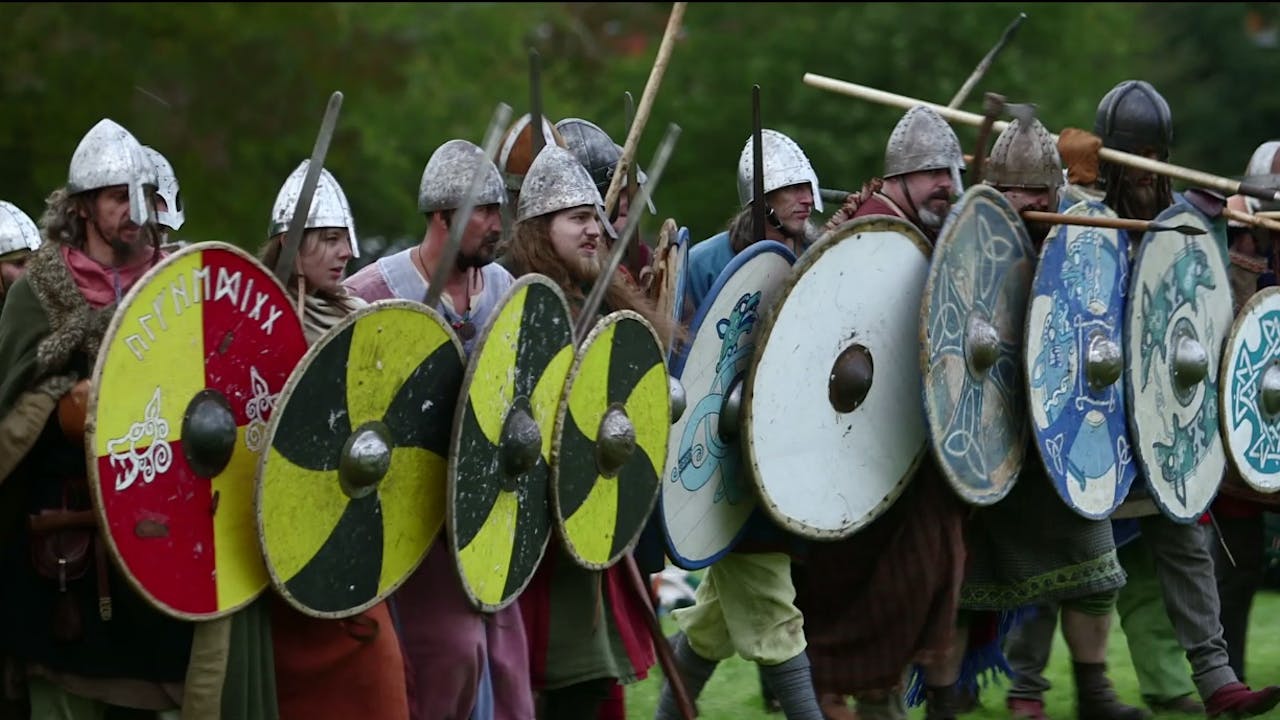 From Runes To Ruins

From Runes to Ruins is the first ever documentary film about Anglo-Saxon paganism. Independently produced and funded, it is unique in its emotive and artistic approach to religious history.

All over Britain there are people whose lives are influenced by the largely forgotten culture of the Anglo-Saxon barbarians who founded England. There are landmarks, place names and aspects of our language which are remnants of Anglo-Saxon paganism. It is from Woden, the god of war, that we take the name for the third day of the week, Wednesday (Woden’s day). There are many places around England named after Woden, like the ancient earthwork of Wansdyke which was probably a cult-centre of the god. In this film, Tom Rowsell, an expert in the paganism of early medieval England, travels around the country looking at places like Wansdyke and talking to people whose lives are influenced by the Anglo-Saxons and their pagan religion. The film features all kinds of peculiar characters; like neo-pagans worshipping Thor in Oxfordshire, the leader of the London Longsword Academy and historical re-enactors who like nothing more than to get dressed up in armour and swing axes at each other.

From Runes to Ruins combines amusing and characterful interviews with informative history all presented with beautiful cinematography and an original and haunting synth soundtrack.

Despite the significance of Anglo-Saxon paganism to the history of Britain, no one has ever made a documentary exclusively on this subject. In this film, Thomas Rowsell reveals a forgotten aspect of English history that many are oblivious to, by uncovering paganism in runes and ruins